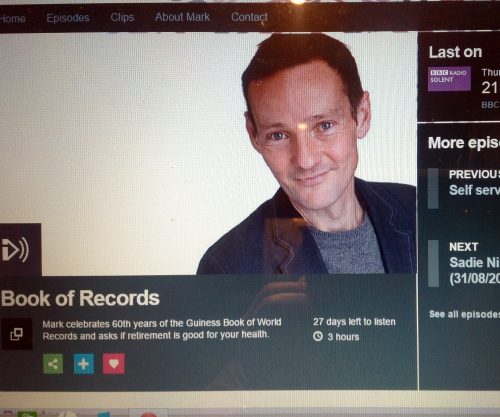 On Thursday 27th August, 2015, Dr. Julie Bradshaw MBE, spoke with Mark Forest about her many swimming world records. The BBC interview was broadcast countrywide on the day of the 60th anniversary of Guinness World Records. Julie spoke with Mark about her Butterfly solo swim of the English Channel in 2002 along with others including her 4 Way Windermere back in 1981, all of which have helped to raise thousands of pounds for charity since 1978.