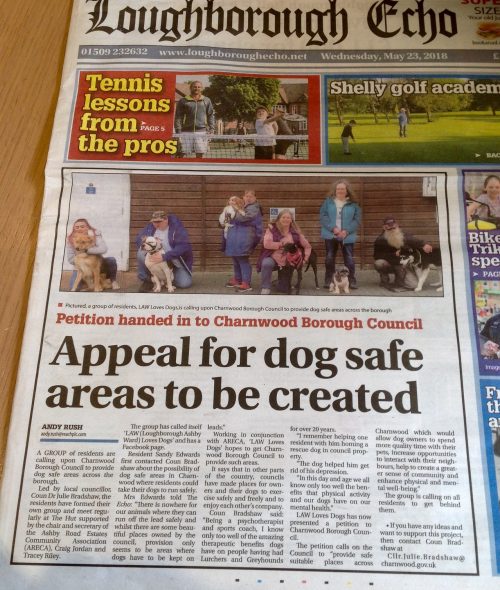 Local councillor Julie Bradshaw has recently handed in a petition on behalf of the residents on Loughborough Ashby Ward, calling for a dog safe area.

Across the Borough of Charnwood many open spaces have bans on dogs running freely. Increasingly people are calling for areas where they can exercise their dogs safely off leads. Dog safe areas would also provide a place for dog owners to meet and help the well-being of many residents.