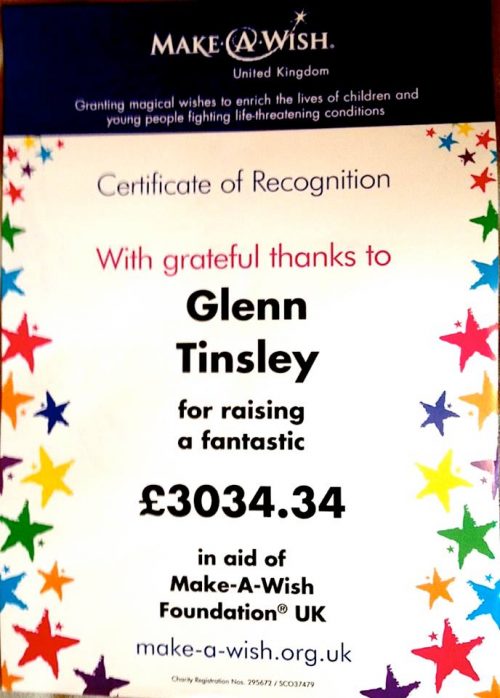 Get Set 4 Swimming is delighted to have coached yet another swimmer to success. Glenn Tinsley undertook swim coaching with Julie and has been training with her for nearly two years now. From humble beginnings, Glenn was able to build upon the skills taught and improve his swimming. He has now been deservedly so, given a lovely letter from the Make a Wish Charity showing the funds he has raised. Today he was able to post on Facebook and here are his own words:

WELL DONE TO GLENN ON HIS SUCCESS. Great Teamwork