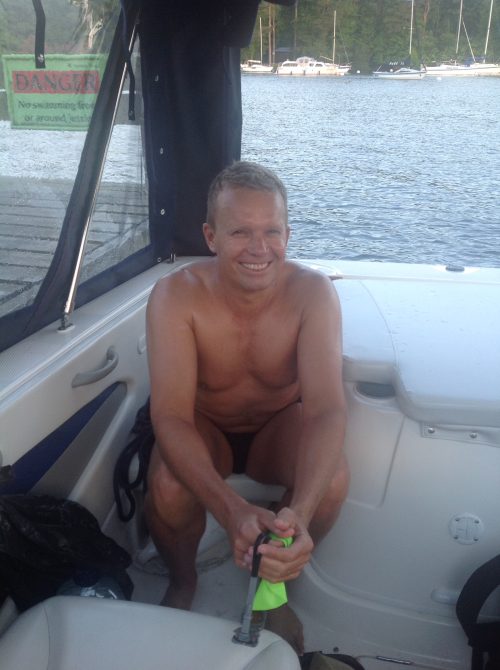 Australian Mark Sowerby has been coming over to the UK to receive coaching from Dr. Julie Bradshaw MBE for his planned English Channel Swim next month. He is raising money for Children’s Charity, Starlight for whom he is hoping to get large amounts of funds through this swim challenge. 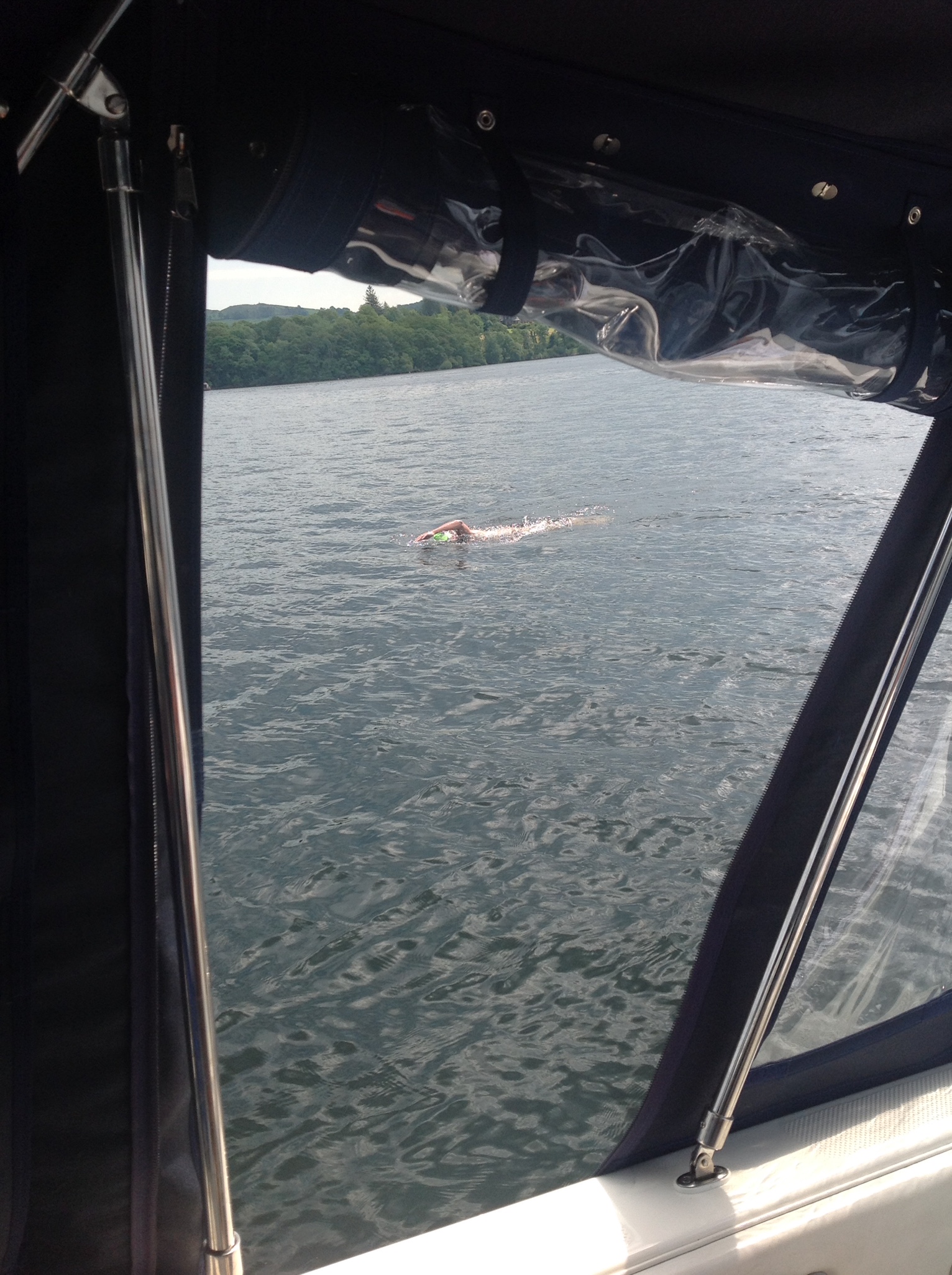 Mark enlisted the help of Dr. Julie Bradshaw  MBE last year after they spoke on the phone on  his visit to Dover. Julie has been coaching  swimmers all over the world for 36 plus years  without a break. She was delighted to take on  Mark during his visits to the UK.

It was arranged to swim the length of England’s  largest lake, Windermere in the final run up to  his swim and to use it as the six hour qualifying training swim for the English Channel. Beginning very early in the morning on Wednesday 1st July, 2015 Mark set out on his venture and touched the end at Waterhead, Ambleside after 6 hours and 4 minutes. Still feeling fresh, he decided to go on and notch up another hour, heading into stronger winds this time.

Get Set 4 Success are delighted that Mark has sent this video. A lovely surprise and great memories of a special day on the waters of Windermere