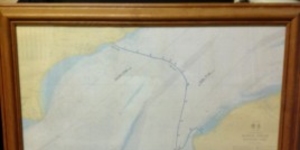 The Spring of 2013 saw a few articles featuring myself both in the UK and abroad. In Italy, the ‘Speak Up’ magazine online and in print article featured interesting information on pages one,two and three about myself and my roles within Open Water Swimming and the CSA (Channel Swimming Association). In Germany Julian Earwaker wrote about an informative swimming piece about me in The Spotlight Magazine pages one and two. And in The Weekender’ the writer spoke about Captain Matthew Webb (first person to swim the English Channel), the Channel Swimming Association (CSA) and myself as their Secretary and a Coach of Open Water and Channel Swimming. (Channel Swim Training)

Now that Winter is upon us and dark nights now here, I reflect on the summer of swimming I have had both from a solo and relay perspective. It has been a quiet year to some extent with the water cold to begin with especially for our World Record (a First as it has never before been done) Two Way Medley Relay on Windermere (Industry News Magazine) the end June 2013. Despite chilly temperatures, we succeeded in 11 hours and 29 minutes. To rub salt in the wound, two weeks later, the UK was basking in temperatures too hot to handle (well, for me!)

Braving the cold waters of Windermere for my training and with my new swim buddy, the SSD, the Safety Swim Device more commonly known as the Swim Tow Float, I began back in May. My aims were the Medley Windermere Relay and of course my ever cancelled River Humber Butterfly swim!! I should have done this in 2011 after my Butterfly swim around Manhattan Island in July 2011. Now a few years hence I was given the beginning of August as my tide window with my pilot, friend and King of the Humber, Pete Winchester. I lived in hope. Pete made his remarkable 70th swim this year and managed a mention of me in The Telegraph.

As with all my swims, I continue to raise money for charity and Rainbows Hospice for Children and Young People is the one to benefit. I was so delighted to swim with the late Susan Taylor, who finished our Two Way Medley on Windermere. My thanks go to Pete May and Dr. Susan Ractliffe for completing our ‘happy foursome.’ The swim was reported in various media outlets including H2Open Magazine (Open Water Swimming News), the Blackpool Gazette/Loughborough Echo and Sports Insight (page 1) Magazine online edition (page 2) Incidentally, this team with the exception of Susan Taylor, made a record with its First ever Medley Relay swim of the English Channel in 2010. On this occasion, Kim Owen swam the frontcrawl leg and finished for us on French soil.

With my Humber swim supposed to be happening, the Leicester Mercury visited me at my home to write a special article for the MORE: Life magazine (Aug 2013) entitled ‘Different Strokes’. The Leicester Mercury in 2012  page one and page two, had written a piece on my achievements and the lead up to my Humber swim. This time I was able to show them my wonderful outdoor Endless Pool. I am just sorry to report again that my Humber Butterfly swim was postponed till 2013. The water was extremely cold despite the heat wave – temperatures 10 degrees colder than the English Channel, plus the wind had whipped up so not good to swim. Fingers crossed now for 2014, so watch this space!

And to finish the season, my solo World Record of the English Channel in 2004 along with others such as the first ever ‘fly’ swim of Windermere, Ullswater and Two Way Coniston made an appearance in an article written for the Daily News of Open Water Swimming, entitled ‘List of Butterfly Swims in Open Water’. (page one) and page two.

So the season has ended and I look forward to 2014 with a few more swims in mind and a great present for my ‘special’ 21st birthday, yet again! Thank you to my family and friends without whom I could not continue to do so much. Winter has beckoned so I leave you in peace whilst I revert back to winter swim training in the pool with some swim dips in the lake no doubt and of course, my all year round swimming in my outdoor Endless Pool.